Athens Swing Night DJs are all local volunteers. On special occasions we may have a guest DJ from out of town and/or a live band. If you wish to be considered for a DJ spot, please contact us (athensswingnight5678@gmail.com) with a short statement about why you would like to DJ and your DJ philosophy.

Note that each of our regular DJs has their own style and philosophy when it comes to filling the dance floor. We respect that not all dancers will enjoy every DJ, but hope that you will be open to experimenting with a variety of music. Our goal is to create an environment where there is something for everyone to have fun dancing to. 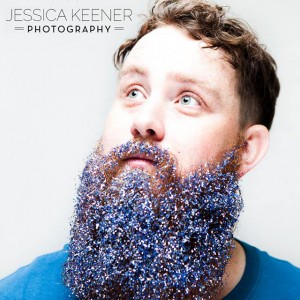 George Cone – the man, the beard, the legend. George has been dancing for the better part of a decade. It all started when he lost a bet in college, and the rest is history (if you ask after a few drinks, he might just tell you more). Since his first exposure to the genre, he was hooked. A musician since the time he could walk, he endeavors to share his passion through his DJing, dancing, and playing. George’s goal is to allow dancers to fully express themselves, their individuality, and their take on the song via musicality and creativity. As the saying goes, “Tain’t what you do, it’s the way that you do it.”

Melissa Gogo – Dancing for 8 years, Gogo’s love of Lindy runs deep; though she didn’t know exactly how deep until discovering more recently that her Grandma was a Lindy Hopper too! (#inthegenes) Her playlists are known for a happy, carefree sound with a mix of historic and contemporary swing bands comprising the majority of sets. Gogo’s goals are having fun while allowing for dancer expression and play. It has been noticed that if she is hungry there may be an uncanny (though typically unintentional) number of songs about food. Please DO feed your resident DJs! 😉

Rich Kimmich – Back in 1980, Rich began making composite tapes from albums when his friends said they liked his “crazy taste in music.” Those cassettes included everything from Jimi Hendrix to Mozart, but always had Glenn Miller, Tommy Dorsey, Billie Holiday, or Benny Goodman. Around the same time, he founded Swing Street, a swing jazz band that still performs today. The rest is history, and Rich has been searching for great swing dance songs ever since. When he DJs he incorporates vintage songs from the swing era as well as classic sock hop, juke box, rock ‘n’ roll. Artie Shaw, Little Richard, Big Joe Turner, and Bobby Darin are among Rich’s favorites. He also enjoys comparing song selections with other DJs. “Bryan and I hope people enjoy a slightly different approach to to our sets!” Rich says. 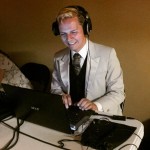 Geoff Newell – Geoff hails from Athens, Ga, where he began his Lindy Hop Journey in the early part of 2014. As he grew on the dance floor, Geoff began to fall in love with the music he danced to, and now he travels all over the Southeast sharing that love with everyone willing to plug him into a speaker system. He is a part of the regular DJ rotation for Athens Swing Night and the Greenville Lindy Hoppers, and his extensive collection of music grows every day. Geoff believes strongly in the idea that the music is an active part of any dance “conversation”, and tries to find songs that make excellent partners for dancers of all skill levels. He approaches every DJ set with one sole mission: to keep the whole floor swingin’ all night long!